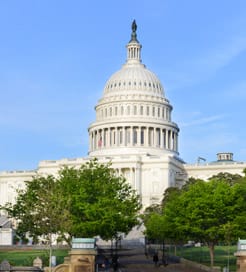 As the frequency and duration of crossings on some routes varies we would advise that you do a live search for crossings from United States to Martha's Vineyard to get the most up to date information.

The United States of America is a federal republic consisting of 50 states and a federal district.

The United States is vast and diverse in terms of its geography, climate, and cultures. Travelling from the West coast of the States to the East coast means a journey of over two thousand miles and across several time zones.

America lives up to its reputation as the land of dreams and a destination full of adventure waiting to surprise you.


From Florida, it’s quick and easy to sail over to Freeport on Grand Bahama Island and to the Bimini Islands. These regular services get you to the Bahamas in no time, utilising high speed ferries sailing at speeds of roughly thirty to forty knots.

Martha’s Vineyard is an island located just south of Cape Cod in the state of Massachusetts, USA, in the North Atlantic.

Home to around 15,000 year-round locals and multiple celebrity second-homes, Martha’s Vineyard attracts, primarily, affluent holidaymakers. Having resisted the negative effects of mass tourism and commercialisation, it’s also frequented by nature lovers looking to get away from the hustle and bustle of city life. The largest island in New England, often simply called ‘The Vineyard’, offers independent restaurants and cafes in abundance. It has some stunning backdrops, too, with lush farms and sublime beaches fringing the coast, resulting in a tranquil atmosphere, starkly contrasting with the big cities of Massachusetts.

Martha’s Vineyard is a popular day trip destination from Cape Cod, the hook-shaped peninsula in Massachusetts, so there are frequent crossings available all day from the port of Hyannis. The route is operated by one of the biggest and most popular ferry companies in the region.